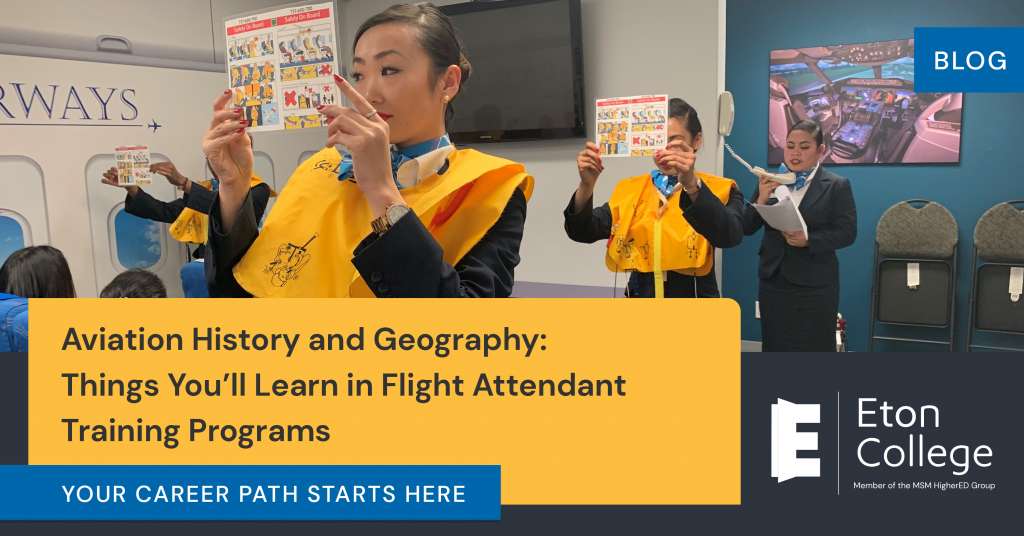 As far as one could recall, seeing an airplane for the first time when he or she was a child was a magical moment. During a time when career plans were things reserved for those more mature in age, seeing the winged-wonder of the world take to the skies would propel imagination to flight.

As life progresses, some people take this fascination with them. Some take their dreams a step further by becoming pilots, and others are inspired to live the life of travel fused with service—the career of a flight attendant.

For those considering taking flight attendant training programs or flight attendant certificate programs, it is always a good idea to look back into the history of aviation and the geography it serves. It gives them a lens of appreciation and gratitude.

Key Points at a Glance:

Man had always given thought to the power of flight. Whether it was the work of fiction or religious text, he/she then wondered what it would be like to someday take to the skies.

One of the earliest forms of “flying experiment” happened more than 2,000 years ago in the form of kites. Based on written accounts, Chinese philosopher Mo-tse was the first person to build a kite. He approximately lived from 468 B.C. to 376 B.C. However, this fact is arguable, as there has already been oral historical evidence as well pointing out that kites were also built and flown in areas like Malaysia, Indonesia, Hawaii, Polynesia and New Zealand.

Artists also imagined what it would be like for men to fly. Most notable is Italian polymath Leonardo da Vinci, with aviation being one of his favorite study subjects—albeit not his expertise. Da Vinci invented a “flying machine” known as an ornithopter. It was inspired by birds, bats and kites.

While the design proved somewhat promising for people during that time, the pilot, strapped to the odd machine, was just not capable of exhausting enough power for takeoff.

When hydrogen gas was unknowingly produced in 1671 before officially recognized as an element in 1766, this scientific breakthrough would soon lead to the first-ever hydrogen air balloon in 1783.

After several attempts at creating a true model of what would influence the design and engineering of our modern aircrafts, the Wright brothers designed the first three-axis control in 1903 that would result in the world’s “first aircraft capable of being controlled without requiring such primitive methods as the shifting of one’s body weight.”

This invention would ultimately change the world. For one thing, travelling was now possible from one continent to another. It took 99 days for 16th century Portuguese explorer Ferdinand Magellan to cross the Pacific Ocean. Today, a “transpacific flight” takes only 18 hours—and people would already hate the thought of spending too much time on the plane.

How Is a Flight Attendant Important?

A flight attendant serves as the manager onboard a plane. One of the very first things you learn while attending flight attendant college programs are rules and regulations on flight safety and security.

There are things you can control—like people’s dispositions and attitudes. There are also things beyond your control—like how the aircraft responds to air turbulence and the likes. At the end of the day, a flight attendant’s presence and skills are important to the overall pleasant experience of flying.

Imagine, if passengers were left to themselves—the scenarios would even be unimaginable. This is why flight attendant programs in Canada—especially in the Vancouver or BC area—are one of the most sought-after programs.

Of course, there are benefits to becoming a flight attendant as well. A few positives: You get to travel the world and treat every work day as a different experience, you get staff discounts when booking flights in your personal time, and you meet a lot of new people every day.

In 2016, it was recorded that there were around 90,000 commercial flights around the world in a single day. As of July 2021, there are over 41,700 airports all over the world according to the United States’ Central Intelligence Agency. In fact, the US alone has over 13,000 airports.

An international flight attendant has a very rich opportunity to travel the world. Of all the countries, there are only six without airports! Of course, this is an oversimplification. However, the fact remains that flight attendants make numerous stops and they can take their time—whenever they can—to learn more about that particular place’s culture and people.

Of course, it’s not all about the glitz and glamour, and perhaps, it never was about the perks to begin with. Becoming a flight attendant is a serious vocation and involves a lot of training.

If you are in the BC area, check out the flight attendant programs offered by Eton College Canada. These carefully prepared and administered flight attendant training programs are important for one to become a well-rounded professional in the skies.

​​The Dream of Flight. The Library of Congress. Retrieved from https://www.loc.gov/exhibits/dreamofflight/dream-dream.html

Who Invented the Kite? Wonderopolis. Retrieved from https://www.wonderopolis.org/wonder/who-invented-the-kite

The Airplane: What Would Modern Life Be Without It? (2015, October 30) Airline Geeks. Retrieved from https://airlinegeeks.com/2015/10/30/the-airplane-what-would-modern-life-be-without-it/

What does a flight attendant do? Career Explorer. Retrieved from https://www.careerexplorer.com/careers/flight-attendant/

Welsch, S. (2021, January 4) How Many Airports Are There in the World? Flight Compensation. Retrieved from https://euflightcompensation.com/how-many-airports-are-there-in-the-world/

Laliberte, M. (2017, December 8) Only 6 countries in the world don’t have any airports — here’s how you get there instead. Reader’s Digest. Retrieved from https://www.businessinsider.com/only-6-countries-in-the-world-dont-have-any-airports-heres-how-you-get-there-instead-2017-12

5 Career Tips to Help You in College and in Life

College life is exciting! For most students, this is the first time that they get to live by themselves. Some even travel abroad as
[ Read More ]
January 15, 2022

As far as one could recall, seeing an airplane for the first time when he or she was a child was a magical moment.
[ Read More ]
November 9, 2021

Introduction to Business Management: What You Need to Know about This Course

Planning on Studying in Vancouver, B.C.? Be Ready to Learn “College English”

Key Points at a Glance: College English is an essential course to take to learn how to communicate with others, in school, and
[ Read More ] 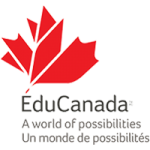 Connect with Us
Managed by: